Facts about the English Language 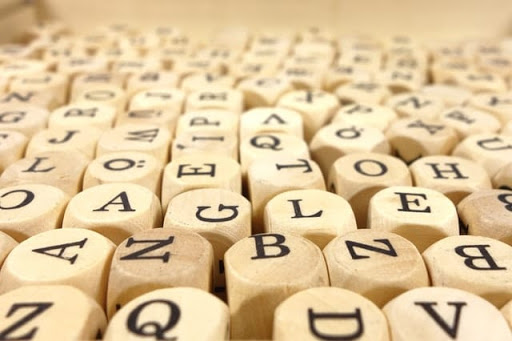 Facts about the English Language

English is a language full of stories and connections. Each word has a background in how it came to be a part of this complicated and exciting collection of sounds. In this article, we attempt to provide an overview to some of the more unique aspects of the English language.

How many words are in the English language?

The easy answer is approximately 470,000 words, at least per the third edition of the Merriam-Webster dictionary. But is this fact set in stone? As it turns out, not even close.

Language is constantly changing. As new words become more frequent in the English language, they may find their way into the dictionary. For example, while not considered an English word, “teriyaki” has been used so often, and with such frequency, it is now commonplace.

Compounding the equation, how many times a word is counted is a predicament. Take a verb such as “pick.” Would the word be counted once, or would pick, picked, picks, and picking each yield a separate tally? The same concept applies to a word with multiple meanings or actions. Consider the word “post.” Post may reference a letter or station, but it could also mean to write something on a social media outlet. Does each definition equate to a different word count, or would it just register once, as the word itself is one word despite the varied meanings?

The question of tallying expands into the method by which expressions are counted. The phrase “word of mouth” could be listed as a word, despite each word already having been calculated, or the pre-inclusion of its separate words could void it.

Experts believe English originated from nomads traveling amongst the European plains about 5,000 years ago. Their dialect was called Proto-Indo-European. Over time, Proto-Indo-European morphed into the ancient variations of Latin, Greek, and German. The Ancient German language evolved to become Dutch, Danish, German, Norwegian, Swedish, and eventually English. About 1500 years ago, the influence of the Angles, Saxons, and Jutes produced a version of English referenced as “Old English” or “Anglo-Saxon.” With land acquisition, trade, and travel, the language continued to morph so much that historians and linguists have divided the English language periods into Old English, Middle English, and Modern English.

English is a Germanic language. Long ago, people spoke a Proto-Indo-European tongue, splitting into groups: Latin, Greek, and German. The Germanic language eventually morphed into different languages: English, German, Dutch, Afrikaans, and a few others.

We cannot ignore the significance of the Latin-based Romance languages to the English language. English embraces a combination of the Germanic and the French. For example, the word for the animal is “sheep” (an Anglo-Saxon Germanic word), while the meat is mutton/lamb, which is a French derivative. In English history, French and Italian influences made their way into the language. Much like your family’s ancestry may start in one country and over time include people from other countries resulting in a change in the gene code, language is the same way.

Is the English language hard to learn?

English has earned quite the reputation of being difficult to learn. The reason? It is full of contradictions to its rules and inconsistent pronunciation. Below are some of the common reasons why English has earned itself a title of complexity.

Not just is there an abundance of words with new ones continuously added; some make no sense. The word “hamburger” is made of beef from a cow and not ham from a pig. “Pineapple” consists of neither pine nor apple. Sayings are not a clean translation. “Beat around the bush” does not involve beating or a bush, but means to not take your time getting to the point. Finally, slang can make vocabulary a nightmare. When you think you understand “cool” means cold, you realize that in America, cool can mean amazing or awesome.

Spelling and pronunciation are tricky, as English is derived from so many languages and their respective rules. “Dough” and “tough” said aloud sound quite different. Dough’s ending holds out the “o” sound and tough changes the “gh” to an “f” sound. It would make more sense for tough to be spelled tuff or dough to be doo. The contradictions and twists of spelling and pronunciations are endless with the English language, tripping up even native speakers. These inconsistencies don’t even touch the variations between English speaking countries or even regions within a country.

Sounds not found in other languages

Certain sounds in English are difficult in other languages. Some native Chinese speakers have a tough time telling the difference between r and l sounds. Native Spanish speakers struggle with the b and v sounds. A combination of characters, like str, can be unlike sounds found elsewhere, tripping up learners.

Silent letters are found in the beginning, middle, and end of words. It can be confusing when to voice the letter sound or when to leave it as a silent letter. When placed at the beginning, k can often be silent. The silent k is shown in “knife,” often mispronounced as ka-nife. Yet, the k in kite is a voiced sound. Mid-word inconsistencies like “character” with a silent h, but in “cherry,” the h changes how the c is pronounced. Endings can also confuse like “autumn” with the n silent just as the b is in “thumb.”

The natural flow of the language demands practice. For example, “she was a clever little cat” would be the proper structure of the sentence, versus “she was a little clever cat.” Both are technically reasonable, but one is a more natural way of speaking. Where the emphasis falls can change a statement into a question or alter the context of what you are saying.

What are English language idioms?

An idiom is a phrase intending something other than the literal translation of the words. It is estimated the English language has over 25,000 idioms. Using metaphorical language, idioms leave non-English speakers confused as to the actual interpretation of the phrase, yet learning them can be fun. Because they are more colorful than merely stating the literal translation, English-learners tend to find them entertaining. A few examples of idioms are: a hot potato, a piece of cake, and once in a blue moon.

What is the only country in South America whose official language is English?

How many phonemes in the English language?

A phoneme is speech’s smallest unit of sound. The English language contains 44 phonemes, although there is some debate in the steadfastness of the number. Some argue there are only 42 phonemes, and some debate even less.

Despite the number landed upon, because the language consists of 26 letters, some sounds must be produced using multiple letters. The word “pat” has three phonemes: /p/, /a/, and /t/, whereas the word “chop” has three phonemes, not four: /ch/, /o/, and /p/.

Most common words in the English language

According to Dr. Edward Fry, the top 300 words are used in 65% of English written material, and unfortunately, many of the words do not follow English rules. These words are gathered into lists known as the “Fry Lists.” Below are some of the most common words found in the English language.

Want to be among the first to receive our latest news and best offers?